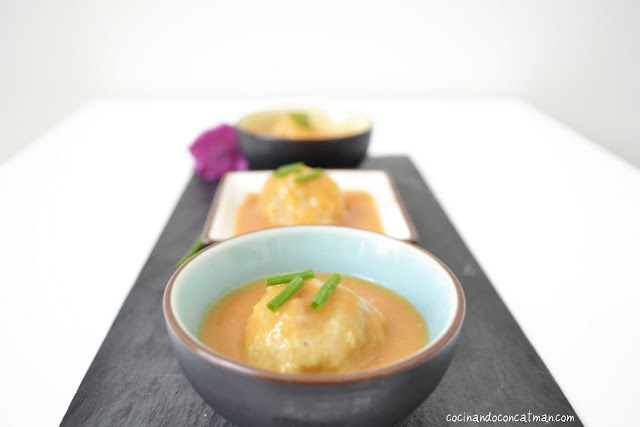 This recipe, Meatball cooked in Thermomix has been the weekly surprise as it takes to prepare them shorter than doing it by hand, and makes having a food processor worth.

The taste and flavor is the same than the traditional recipe. The sauce that it comes with them it’s a Spanish sauce, that can be used in other elaborations such as with hake or salmon. We leave it to your taste; you can share your experiences later on. 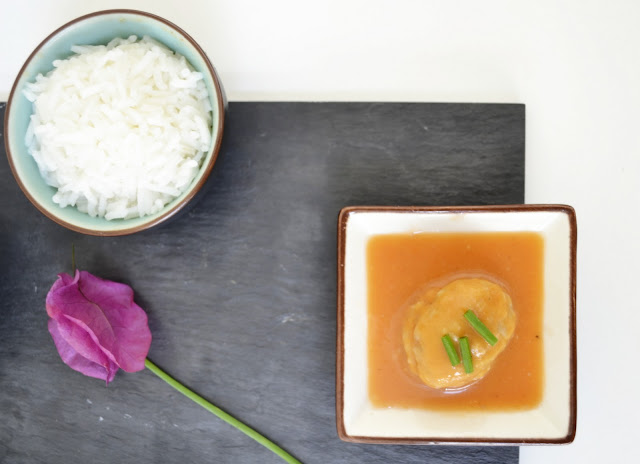 How to prepare Meatballs in Spanish sauce cooked in Thermomix?

1. Let's get started with the sofrito: put the onion, the garlic in the bowl and grind it 20'' at speed 4.
2. Add the olive oil and cook for 7 minutes, varoma temperature, spoon speed.
3. In the meantime, put the two types of meat in a bowl, season them and add 2 oz of breadcrumbs, the milk, the white wine, the egg and blend it uniformly
4. When the sofrito is done, add it to the bowl and blend it homogeneously.
5. Make the meatballs in size you prefer, cover them in breadcrumbs and place them in the varoma steaming attachment (we love small meatballs, but it is up to you!)

How to prepare the Spanish sauce

1. Put the garlic, onion, carrot and green pepper in the bowl and grind it at speed 4.
2. Add the olive oil and cook for  20 minutes, varoma, spoon speed.
3. Add the flour and cook for 1 minute, varoma, spoon speed.
4. Pour  the wine and cook for one more minute at same speed and temperature.
5. Add the broth, season it and cook for 30 minutes, varoma, speed 3. Now it is the moment to place the varoma attachment with the meatballs and potatoes in it. When it is 5 minutes left to finish, add the tomate and keep on cooking it.
6. Remove the varoma container and let the sauce to cool down so you can triturate at maximum speed to get a thin sauce.
7. Put the meatballs and the potatoes in a casserole so everything blends.
For garnish :
- 2 peeled potatoes and chipped in medium size portions (to be placed at the varoma steaming attachment together with the meatballs)

- If you are not eating all the meatballs, you'd rather freeze them before being cooked. Make sure the don't stick to each other in the freezer. L
- As the amount is rather big, you may also freeze the sauce too. The moment you want to cook them just put water in the bowl and place the meatballs in the varoma.
- You can also put some red pepper or diced cured ham in the meat blend.