This carrot and zucchini flan is suitable to be made in a microwave, so it is a pretty easy recipe if you want to impress friends and at the same time are running out of time.

Vegetables and protein get together to create a balanced meal. Moreover, if you make it in a glass container which is easy to be taken to work, even better since this carrot and zucchini flan is your perfect companion for a quick healthy lunch at work.
The word flan is a French word; it has existed since the 12th century, coming from medieval French, Frankish,  flado, meaning “cake”. During the Roman Empire, they did something similar called  tyropatina. It also existed in the sweet or the salty version as the one we are presenting you. The more accurate etymology should be from tyros, meaning “cheese” in Greek and patina which is a bowl, pan or a casserole to curdle or boil food, so, there you have: a pot to curdle cheese. By the way, patinarius is Latin also means glutton; however, eating this dish doesn’t make you one of them.
Speaking of etymology, the American use of the word zucchini comes from the Toscan word zucchino, whereas in the UK, they used the French word courgette. Zucchini or courgette, no matter what, is a variety of cucurbit, which means is from the same family as cucumber, squash and melon. They are extremely versatile, tender and easy to cook. When choosing a courgette, check they are firm to touch with a glossy, unblemished skin and remember, they are better from June to September! When a zucchini is fully grown is referred to as a marrow. 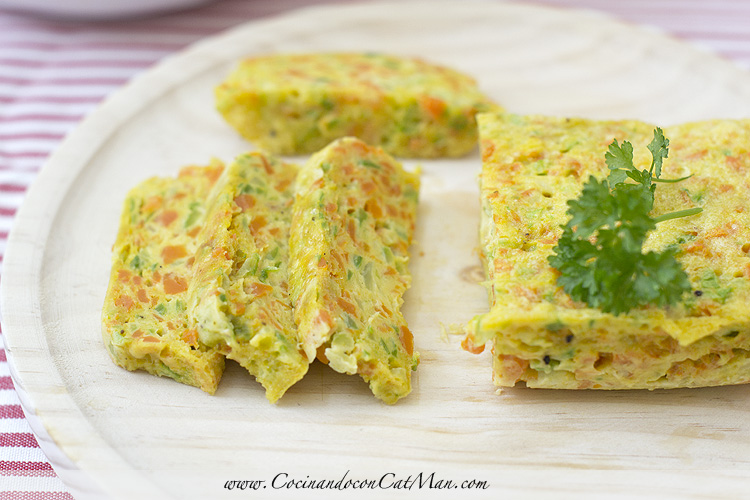 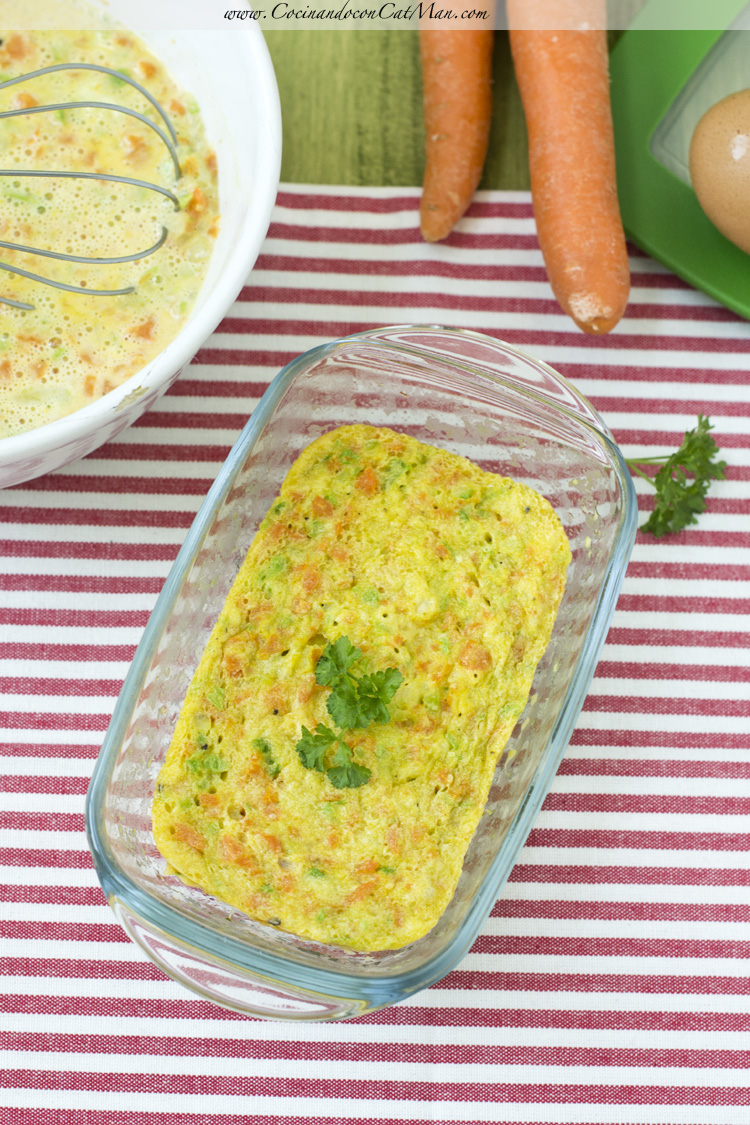 How to prepare carrot and zucchini flan Peel and grate the carrot; just grate the zucchini, but keep its skin. If you have a Thermomix, mince the carrot 5'' speed 5 and the zucchini 5'' speed 4. Sauté them in a pan with olive oil for 5 minutes. In a bowl, mix the corn flower, the cream, the egg and the species y whisk everything. Then add the sautéd vegetables. Season them. Pour the mixture in a oblong container and cook it in the microwave to maximum heat for 8 minutes. Cattips If you want, you can sauté a shallot with a spoon of concentrated tomato sauce and then put the carrot and zucchini. You will get a different type of flan. You can make individual portions or just duplicate amounts when the same time of cooking. The carrot and zucchini flan is a classic at Catman's house.

This website uses cookies to improve your experience while you navigate through the website. Out of these, the cookies that are categorized as necessary are stored on your browser as they are essential for the working of basic functionalities of the website. We also use third-party cookies that help us analyze and understand how you use this website. These cookies will be stored in your browser only with your consent. You also have the option to opt-out of these cookies. But opting out of some of these cookies may affect your browsing experience.
Necessary Always Enabled
Necessary cookies are absolutely essential for the website to function properly. This category only includes cookies that ensures basic functionalities and security features of the website. These cookies do not store any personal information.
Non-necessary
Any cookies that may not be particularly necessary for the website to function and is used specifically to collect user personal data via analytics, ads, other embedded contents are termed as non-necessary cookies. It is mandatory to procure user consent prior to running these cookies on your website.
SAVE & ACCEPT