The tartiflette is a recipe which comes from Savoy and Haute-Savoie, two departments of the region Rhône-Alps. Theoretically speaking, tartiflette had been created in Aravis range, cradle of the Reblochon cheese. Nevertheless, it is not, in fact, a traditional dish as the recipe was invented and spread by the Interprofessional Reblochon Union in the eighties to rise up the cheese selling, basing on the péla recipe (where péla means “pan” in Arpitan, a Franco-Provençal language) in which the same ingredients were sautéd in long-handle pan. The invention was all a success since it was deeply rooted in the inhabitants of the area, making themselves feel identified with the dish, so the entire France is as well. Why Tartiflette? Because tartifla means “potato” in Arpitan and with the adding of the suffix -ette, it becomes from French. 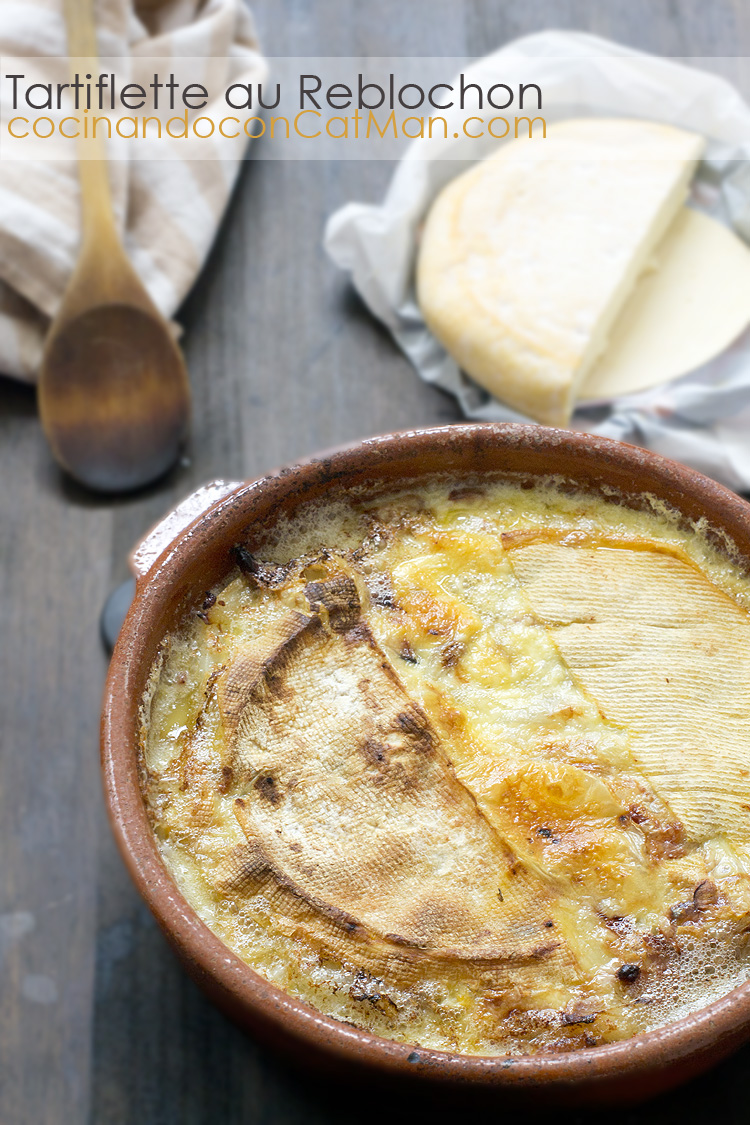 About the name Reblochon, comes from Arpitan  re-blocher meaning in the 16th century “milk the cow twice”. Apparently, peasants milked their cows once and give the collection to the cattle’s owner and then later on, at night, they milked them once again to their own consumption. In that way, they avoided very high taxes. With the milk obtained, they prepared their own cheese.

The milk used is taken from three cow breeds: Abundance, Tarine and Montbéliarde. They get a cheese with soft paste and clean rind with an average weight of  450-500 gras (1 lb) and a flavor which recalls them almond. The rind is yellow-orangish and it is covered with a flat “white foam”, which proves that it has been cured in champagne. It is better tasted from May to September after being cured for 6-8 weeks, although the period could be widen from March to December.

A  traditional recipe of the French cuisine  that I recommend you as well as I recommend the big load of ideas in the Aptc Supermarket by El Corte Inglés, which has a website full of interesting recipes. The next recipe taken from their web is Mussels Parmentier that I am sure you will love it. 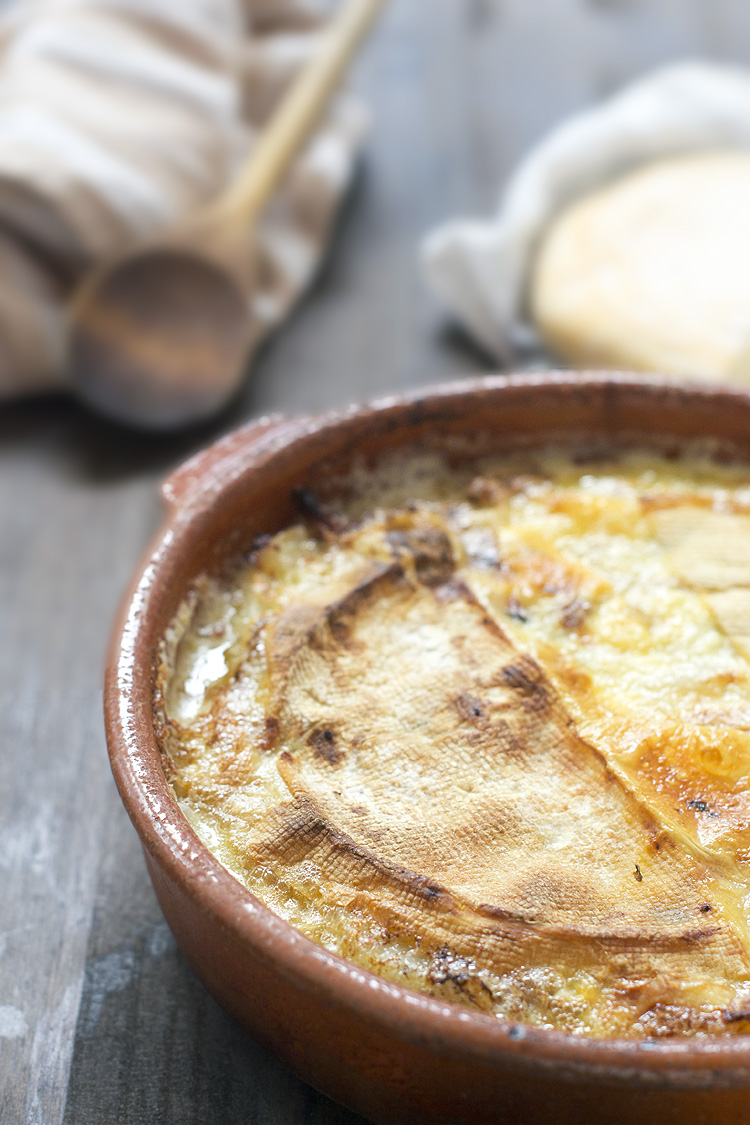 Not to mention, that you can omit the wine if the recipe is to be eaten by kids too. Optionally, you may rub a clove of garlic in the pan where you are going to cook your Tartiflette. The perfect gastronomic combination is using the same wine as we did during the process.

Can we use cream? Of course, but not the one you use to whip, but it is heavier to digest.

Can I do it with cream? The result can be great too.

Where can I find Reblochon? Ask your local store or at a gourmet one. 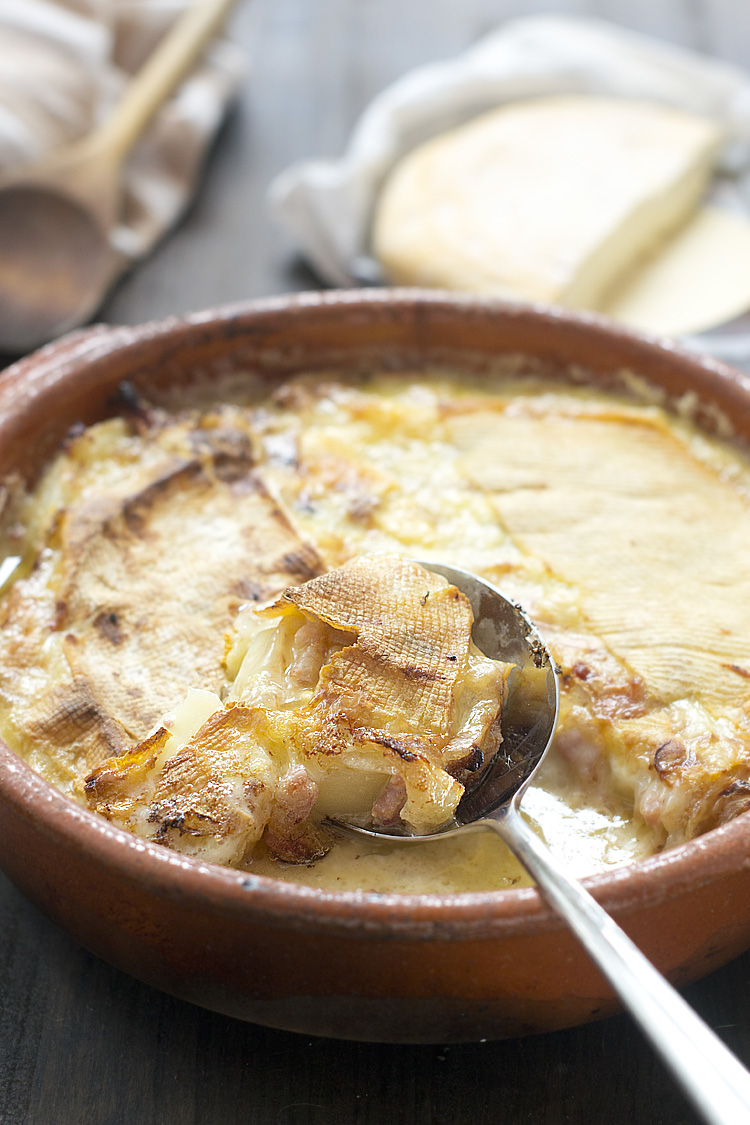 Tartiflette au Reblochon is one of those recipe that everybody loves, especially  lovers as it is an simple recipe with an intense flavor. You may find other   recipes with potatoes at the  blog or at El Corte Inglés

How to prepare Tartiflette au Reblochon

Wash the potatoes and place them with their peels in a pan with water and salt. Bring them to boil for 20 minutos. Then drain them and let them cool. In the meantime, cut the onion in julienne  and put extra virgin olive oil in a pan.  Poach the onion with the lardons stirring frequently so the don't get burnt.
Peel the potatoes carefully and cut them in slices of 1 cm (0.2 in) and place them in baking tray. Then over them with the lardons and the poached onion. Add the evaporated milk or the crème fraîche and plenty of white wine; then put the Reblochon on top. To do that, open the cheese in halves and the in quarters. The rind must always remain upside although this is as controversial as cooking  "bacalao (cod) al pil-pil".